Adversaries will often seek to gather information on local or domain accounts. This information is useful for situational awareness and knowing who is a high privileged user in an organisation who may be useful to try and pivot to in order to move laterally or escalate privileges.

In this example we have an existing shell on a remote system and want to gather user information.

To do this we could run some net commands through our terminal; however, to speed up the process and ensure we don’t mistype (which may be an indication of our presence to the defenders), we upload a batch script to our machine and run it. 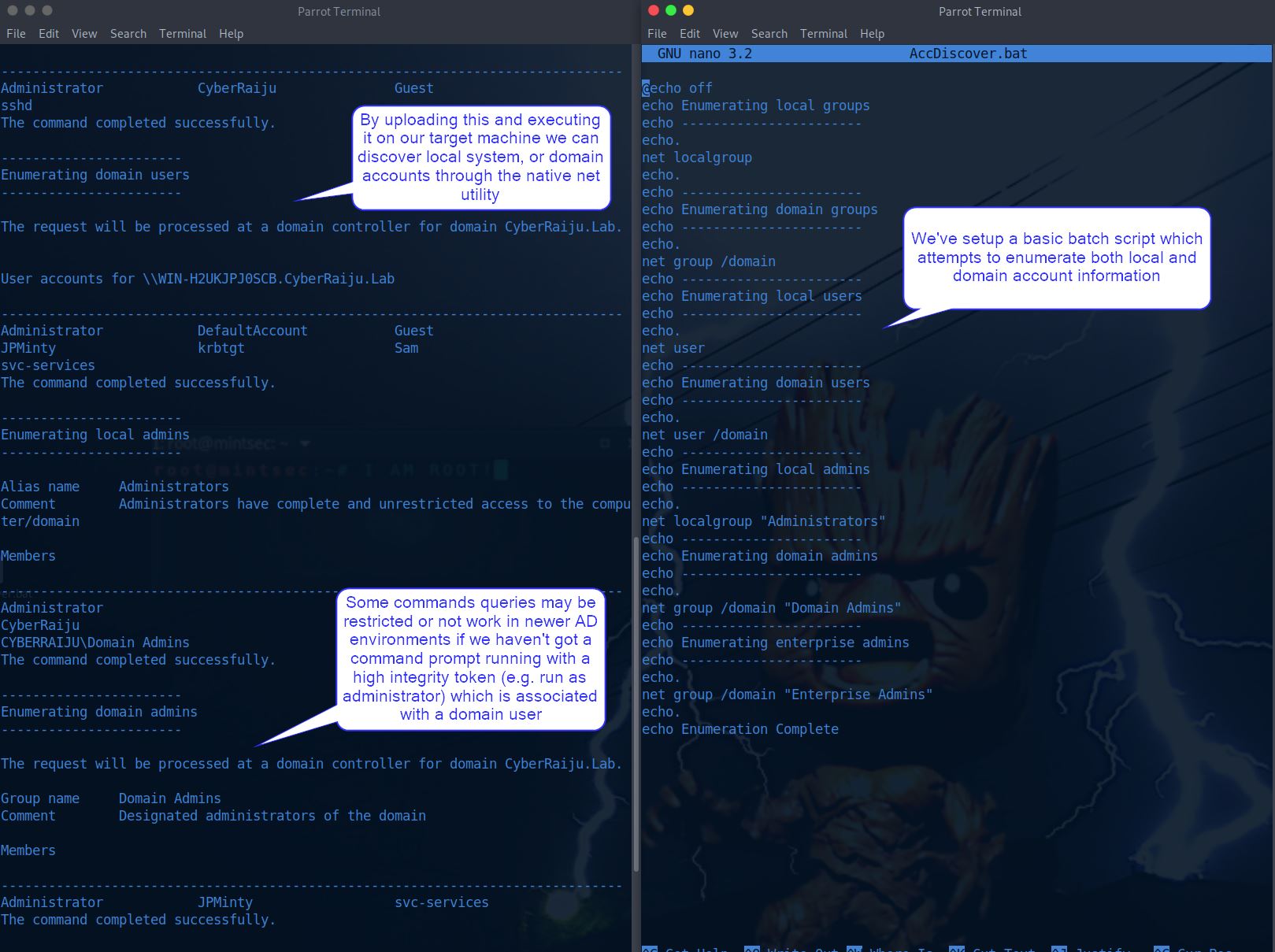 From a defenders point of view we’re able to see a number of commands being executed at the same time, this is a giveaway that it was through an automated fashion such as a script.

Through our event logs we can see a net1.exe binary which at first glance seems suspicious; however, this is actually a legitimate binary which was created to address issues caused by the year 2000, or for those who are old enough to remember, Y2K.